The new web interface of Wazo

The current admin interface of Wazo is aging, and its internal design is significantly slowing down the development of other components. We've been extracting logic from this admin interface in the last years into REST APIs, and we're now confident enough that we can start a much lighter version of the admin interface, entirely supported by the REST APIs.

So, you can try this admin interface by visiting https://<wazo_ip>/admin.

Once you enter the same credentials as the other admin interface, you'll see a small Plugins menu on the left: this is where you choose what you want to see in the admin interface: no more frighteningly long list of menus, you can select only what you need. 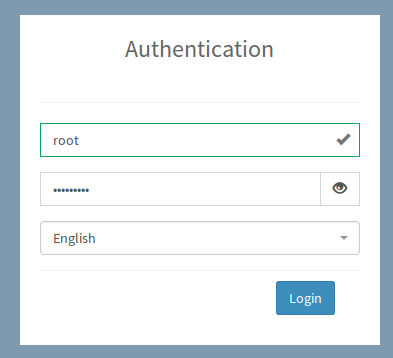 The recommended minimal plugins at this time are:

We intend to allow third-party developers to create their own plugins for Wazo, so that features are not restricted by the core team. We will also setup a global market of plugins, so that people can share their plugins.

This new admin interface also brings its share of features, that were only available via the REST APIs until now, but were too costly to integrate into the current admin interface.

Until now, users created with the admin interface could only have one line, and one device... The new form for users allows you to add multiple lines to the same user, so that multiple devices ring at the same time, or to mix web-based phones (WebRTC), software phones and conventional physical phones. This kind of setup required the use of call groups, which brought its share of pain for integrators, and multi-line users was a recurrent need.

Another feature request we've heard often is a graphical form to create simple IVR... Here it is: 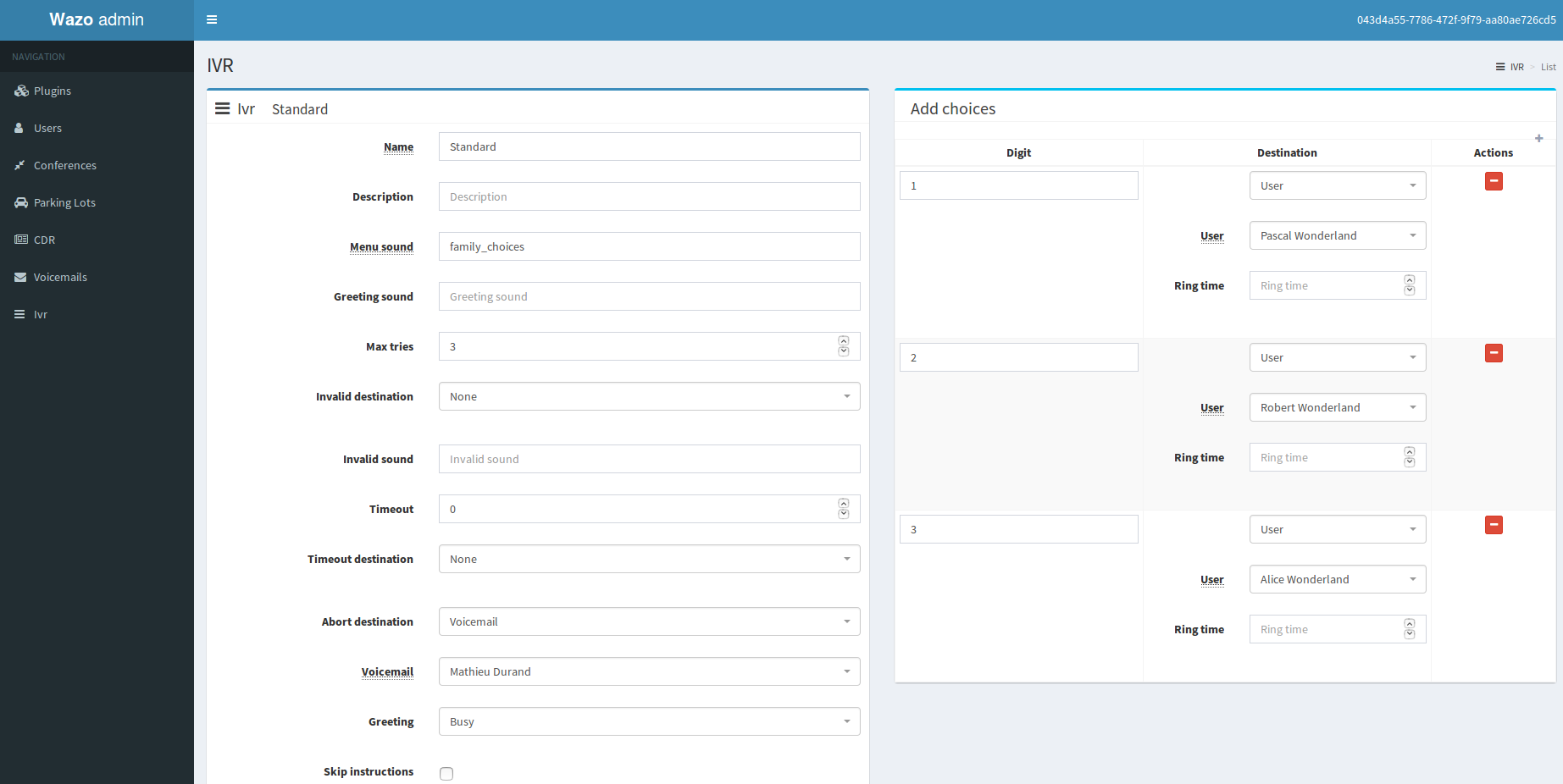 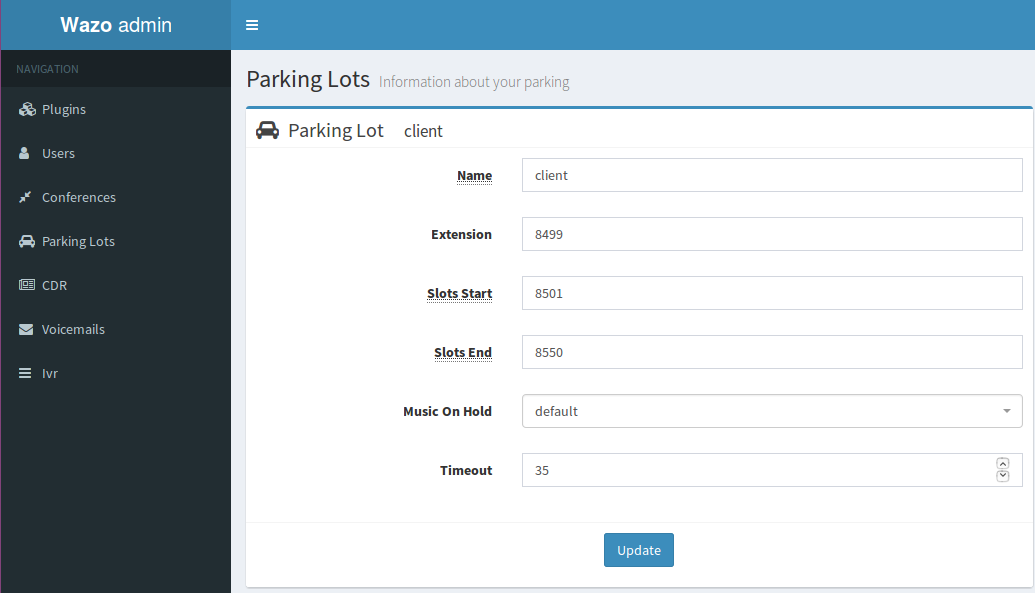 The current interface is really insufficient for reading call logs: there was only a small CSV file with very few details that is quite hard to query, when looking for a specific call. The CDR plugin brings a clearer view of call logs. 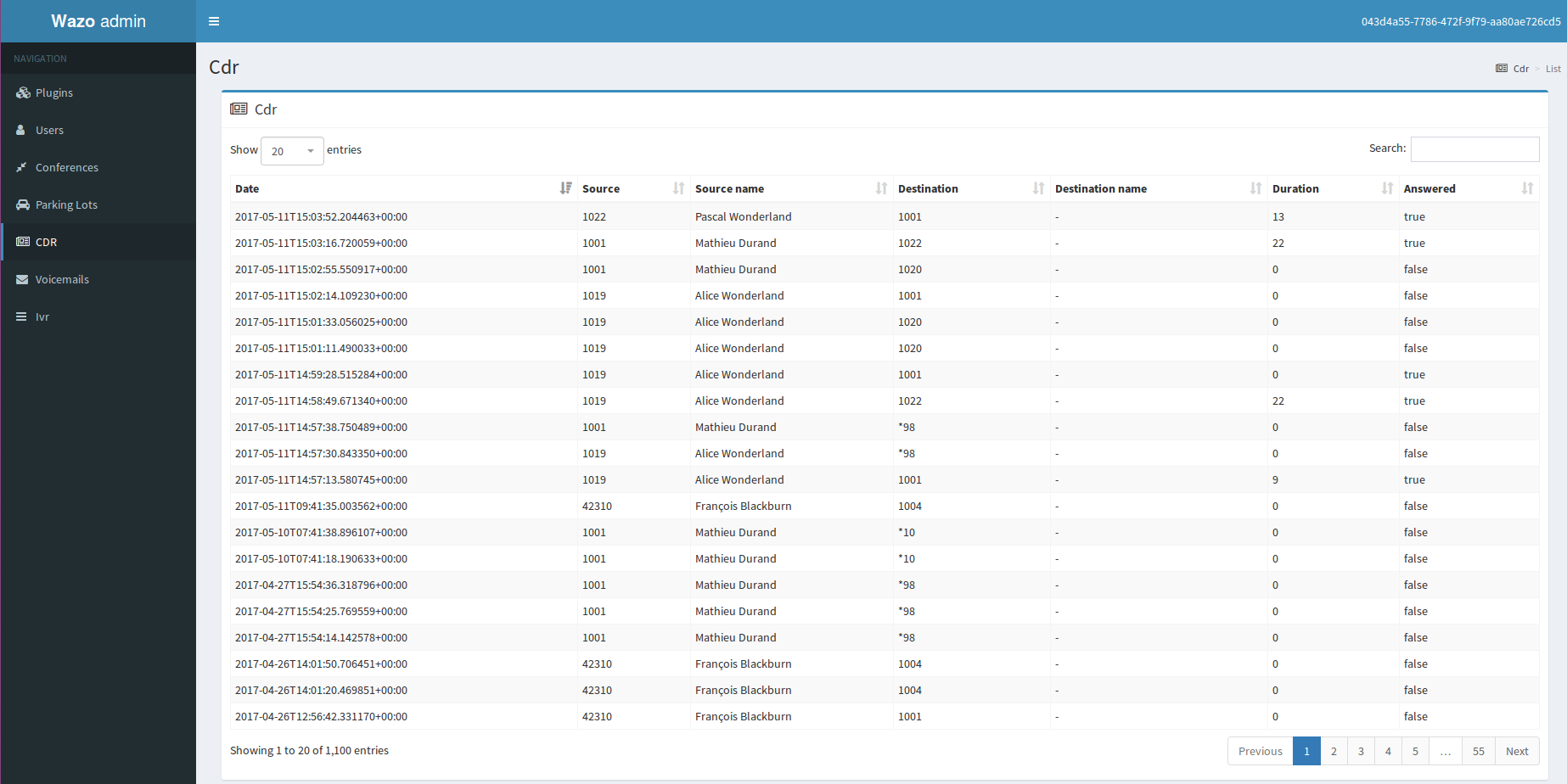 The new admin interface is not yet ready to completely replace the current admin interface, and is still in active development. You may encounter weird behaviors or missing features. Here are the main limitations:

The new admin interface is built with Python, Flask, WTForms, Admin-LTE, Bootstrap. The plugin system uses the underlying Debian package system, that offers some guarantees about consistency and conflict detection.